When you’re managing a multi-user Microsoft Access application, there are times when you need all users out of the database so that you can make changes to table structures and other items. Asking everyone to shut down is unreliable and using the Windows Task Manager to forcibly shut down instances of Microsoft Access is risky at best. Most multi-user apps should be split into separate front-end / back-end files with each user having a separate copy of the front-end so you need something that will signal all those copies to shut down and stay shut down until whatever maintenance you’re performing is complete.

In summary, my preferred way to do this is to use a settings table in the back-end database file that includes a boolean field which can be set to True to activate maintenance mode. The front-end files contain a form that stays open but hidden in the background as long as the application is open. This form uses a timer to check the value of the boolean field every 10 minutes or so. If the field is set to True, the application will notify the user, give them a minute or two to finish what they’re doing and then use the Applicaiton.Quit command to shut down automatically.

Ideally, you should still communicate with the users to let them know the database will be down for a period of time but this method helps with users who leave the app open overnight or while out to lunch, etc..

END_OF_DOCUMENT_TOKEN_TO_BE_REPLACED

I was introduced to CiviCRM a few years ago when a new customer needed a replacement for an old poorly designed database solution and needed it quickly. After getting quotes starting at $10,000 for systems supposedly designed for non-profits, I stumbled on CiviCRM which was free, open source and seemed to have a good community behind it.  The project became one of my notable success stories as I was able to discover a new product and learn enough about it to implement it in a short time.  I even managed some advanced customizing of the system.

The system has worked without any serious issues for the past few years and I hadn’t heard from the customer very often.   Then, last week, I got an e-mail stating they’d moved their offices, made some changes to their network and needed me to come in and get the software working again. Everything went smoothly for the first 10 minutes I was there. Then I realized that CiviCRM was running incredibly slow and its top menu had disappeared which pretty much makes it unusable for anyone who doesn’t want to type in a lot of complicated URLs.  Again, it had been quite a while since I’d touched CiviCRM or dealt with the specifics of their system so I ended having do do a bit of research to find out what was going on.

In the end, the solution came down to updating the civicrm.settings.php file with the new network information. Once that was done, the system worked great but I ended up taking the long way around to discover it. Along the way, I refreshed my knowledge of CiviCRM and learned a few new things as well. This was just as well as I was able to be even more confident that no other problems lurking in their system when I was done.

END_OF_DOCUMENT_TOKEN_TO_BE_REPLACED 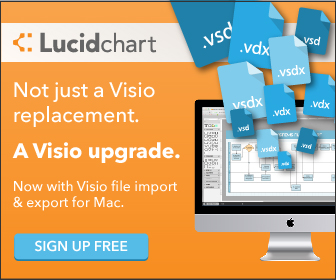