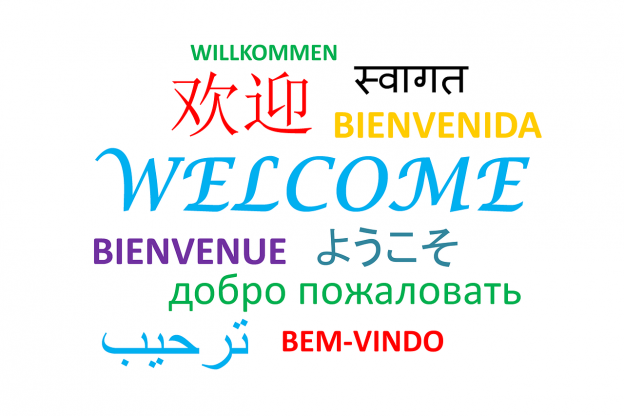 April’s lockdown gave a lot of us some extra time to play with and some people took it as an opportunity to learn new skills or start side projects. At the same time, I found myself working on a new project with people who barely spoke English, if at all. Online translators like Google Trainslate and DeepL.com have come a long way since the last time I wrote about language acquisition but I still don’t like to depend on them blindly so my learning project was to finally study the Spanish language after over 30 years living in Florida.

I don’t want to completely discount the machine translators; they can be very useful tools for the right purpose. Since my last article, DeepL.com was launched in 2017 and boasts better accuracy than Google Translate based on reviews.

One possible reason for the increased accuracy is that DeepL.com is limited to 12 languages, including English, whereas Google Translate has over 100 at this point. It also lacks the text-to-speech feature of Google Translate so it doesn’t help with pronunciation. It does have a Windows app that you can download to translate text in any application using DeepL’s API, which is also available to developers.

I’ve translated entire articles to English with DeepL and trust it over Google at this time, although I will compare the two sometimes for added certainty. The site helped me get through my first conversation in Spanish via text messages back in April. When using any machine translator it’s a good idea to keep the sentences simple, well constructed and free of idioms.

Still, machine translators are a dependency that can fail and being willing to develop at least a basic command of another person’s language shows that you care about communicating with them.

Udemy.com is a goldmine of knowledge on both technical and non-technical subjects and the site is almost always running one sale or another where they offer courses at deep discounts, usually $10.99. While this is not particularly great for the independent instructors who design the courses, it is great for you as a learner. Udemy also provides for easy communication between the instructors and students so that questions can be answered quickly. Courses focus heavily on video instruction and often provide a completion certificate.

The Spanish course that I chose was Peter Hanley’s Spanish for Beginners, The Complete Method . The course has over 47,000 students with a rating of 4.7 out of 5 stars from over 12,000 of the students. I wasn’t disappointed. The course was very well constructed with an easy, gradual approach which used plenty of repetition to enforce the learning. It also included downloadable resources for extra information.

As with many online products, you have the benefit of seeing what other users have said so it’s a good idea to take advantage of this. Udemy also encourages the instructors to offer part of the course as a free preview to give students a taste before they buy.

There are other general-instruction sites like Teachable.com and, of course, there’s always YouTube where you can find many free videos but Udemy seems to be the place to be for learning right now.

There are a number of sites dedicated to instruction in various languages but the one I really want to tell you about is DuoLingo. A friend suggested the site which I’d looked at years ago and I reluctantly tried it again. I’m seriously impressed. I was expecting a cheap, basic overview but Duolingo has actually become a really great, free site for learning a new language and they have an impressive variety of them. DuoLingo also makes it fun with game and social aspects to the site.

DuoLingo now offers free, extensive courses in 35 different languages (including three still in beta). The courses are designed by multiple contributors which provides some extra reliability.

The thing I really like about DuoLingo is that it provides repetitive practice in all aspects of learning the language – reading, writing and pronunciation. The exercises switch between multiple choice, typing of spoken sentences, translations to and from your chosen language and verbal exercises using your microphone. It also asks you to put in extra practice on previously mastered vocabulary in order to maintain your credential on the site. The site does a great job of combining social media with learning in order to encourage student through some mild competition and user forums.

I would not use any one site on its own and I’ve been verifying certain things with SpanishDict.com and DeepL.com but, so far, I haven’t found any problems.

DuoLingo also has apps for the iPhone and Android if you want to learn on the go.

Flashcards are still a great way to practice and reinforce your memory on most subjects. In my previous article, I wrote about the flashcard app from FreezingBlue.com which is still around and, surprisingly, still has my card decks from 2014, even though I haven’t logged in since then.

In 2018, when I was teaching computer programming, I found another flashcard app that I used with my students. AnkiWeb has an excellent app that offers multiple card formats which can contain images and even sound to help you test on your chosen subject. There are iOS and Android apps along with a Windows app that provides extra management features for your card decks.

AnkiWeb encourages daily study and one feature that makes it stand out is the algorithm that it uses to select the daily card set. It anticipates which words you might be starting to forget and repeatedly tests you on them to ensure the best retention. It also allows you some control as you can indicate how easy each card was to remember which determines when it will be shown again.

The AnkiWeb app also provides statistics showing your performance during each session and over the past 30 days which is helpful. I highly recommend it for daily practice.

After awhile, of course, you have to start using the language if you really want to become proficient and there are plenty of resources to help you do that. Foreign language online newspapers and websites can be very helpful. Browsers often provide an automatic translation for when you really get stuck. Local Meetup groups are also helpful for practicing your skills with others.

No matter what tools you use, it still comes down to how much you’re willing to use the skills. You’re not going to speak like a native anytime soon and probably won’t get to a comfortable conversational level for at least a few months but the more you try to think in the language and the more you’re willing to let yourself make the mistakes that everyone makes with a new language, the faster you’ll learn.

Media image for this article by Tumisu from Pixabay