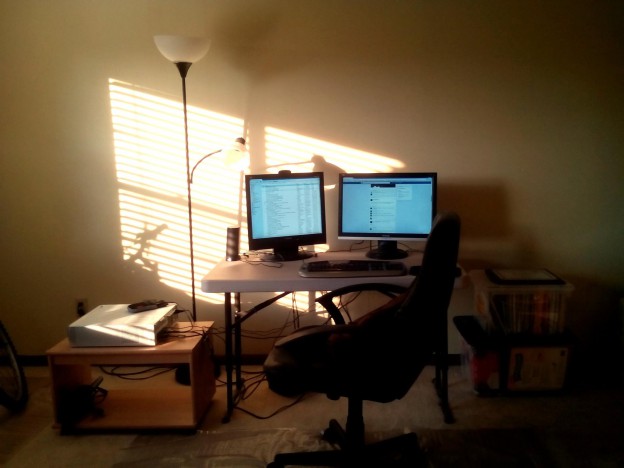 A few months ago, I purchased the StarTech USB to VGA adapter

for my system. I got tired of the single display and going with a USB adapter was a lot easier than modifying the computer itself to support two displays.

Going by the reviews on Amazon

, I decided on the USB32VGAEH model which supports USB 3.0, VGA displays and includes a pass-through USB port. There are also models that will enable you to add a new DVI and HDMI display through a USB port.

Installation was quick and painless with the included CD and, as soon as I plugged in the second monitor, I was able to use the Windows screen settings in Windows 7 to extend my display onto the new monitor. As with any dual-display system, there’s also the option to duplicate the display if necessary.

In the months that I’ve been using it, I’ve barely had any problems. A couple of time’s it was glitchy when the computer came out of sleep mode and I keep Netflix on the primary monitor since it’s a little jumpy on the StarTech display, probably because I have USB 2.0 instead of 3.0. Otherwise, it’s provided a very helpful second monitor for my system and, other than the Netflix issue, I’m unable to see any difference between the two displays.

Today, I ran into my first problem when installing it on my Windows 8.1 laptop so that I can use it with a projector. Although the drivers are supposed to be compatible with Windows 8, it seems that Windows 8.1 is not fully compatible as it would not see the second monitor even after I finished installing the drivers from the disk and rebooted a number of times. I took the first suggestion online to go directly to the product page on the StarTech site for the latest drivers. Sure enough, once uninstalled those drivers and installed the ones from the site and rebooted, Windows 8.1 saw the second monitor.

PNY 32GB Turbo Attache 3 USB 3.0 Flash Drive 5-Pack
Durable and light-weight. Up to 10x faster than USB 2.0. Cap-less design so there's nothing to get lost.